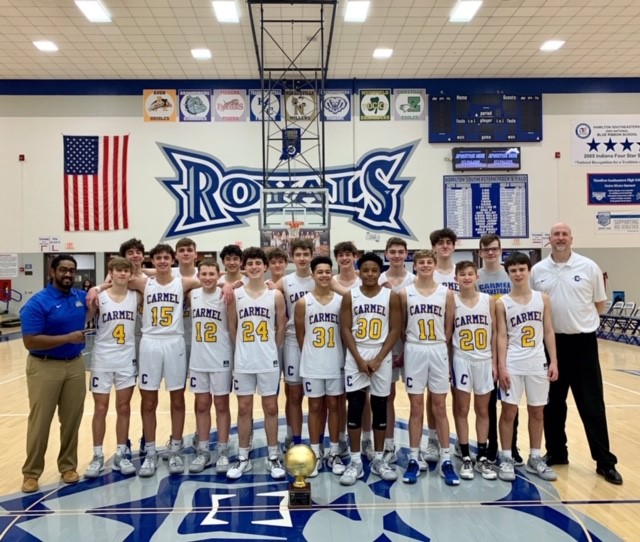 In a rematch of their triple overtime win game against Fishers from December, the Hounds faced off against the Tigers in the Hamilton County Tournament final. This time, Carmel prevailed with a 52-34 victory. This win allowed Carmel to repeat as back to back champions for the 2019 and 2020 tournaments.

This game also concluded a very successful freshman season. After dropping the first game of the 2019-20 campaign to Pike, the team went on to win 20 in a row. This put the record for the season at 20-1 and allowed the freshman team to have two 20 win seasons in a row.

It was an exciting and fun season that gave the team several lifetime memories.